Thanksgiving is certainly different this year. My sister and I had already decided not to go to her daughter's as we have in years past and then she decided to cancel it all together. We will be Zooming later with all who used to be there.

You have often seen my prior posts of Lauren's beautiful table scapes. I didn't even try to match it, but I did set a festive table for just the two of us. 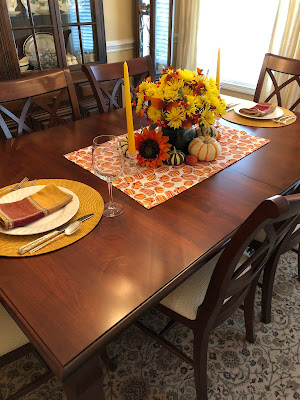 I'm not even making turkey because Ruthie doesn't like it, but making a center cut bone-in roast pork instead. I haven't made that in years but found a great Martha Stewart recipe online. I have to have stuffing and gravy, roasted little red potatoes around the roast and roasted acorn squash smiles. Ruthie is bringing a green veggie. Also having pumpkin pie for dessert, a must-have for me, with real whipped cream.
I'm hoping that next year this will be a distant memory and we can enjoy the holidays as we always did. Not to rush the season, but for some reason this Christmas song from World War II has been going through my mind and it is so poignant and relevant for right now. 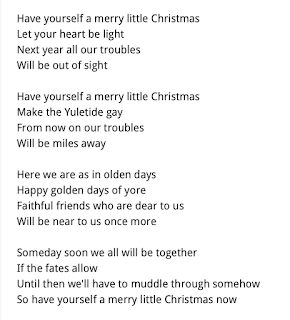 Norma, that song is perfect for these times. And your table setting is beautiful.