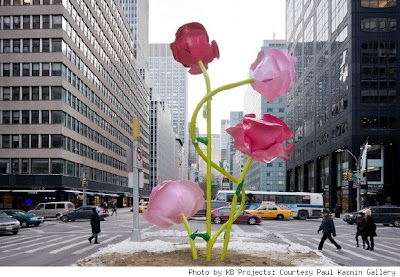 Yesterday I went into NYC with friends to see a show. We waited on the half price ticket line in Times Square for about an hour. It was freezing cold, but we were rewarded with tickets for Memphis. It was a terrific show with abundant singing and dancing. It won the Tony last year for the best new musical and I can see why.
On the way home we drove up Park Avenue to see these fabulous metal and fiberglass roses. There are 38 of them along a 10 block span, some of them being 25 feet high. What a treat to see flowers on that cold wintry day, a little tease of Spring. If you get into New York, they are well worth driving a little out of your way to see them. You can read about them here and see more pictures.
Posted by Norma Schlager at 8:54 AM 3 comments:

I walk for an hour every morning, weather permitting, in my development. There are enormous piles of snow that have been plowed. After the plowing the bobcats came by many times and added more snow and made them even higher. They were quite impressive and stayed white for many days. But now there has been a little melting and they are gray and dirty. Dirty snow, AKA "snirt" or should it be "dow"? No, I like "snirt " better. Anyway, I thought they had interesting structure, so I took many pictures and them took them into Photoshop Elements and played with the color. 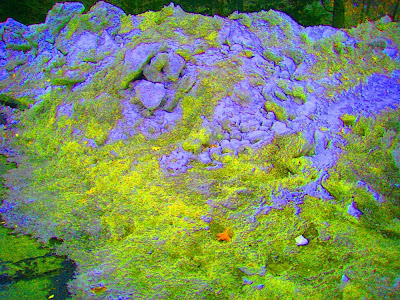 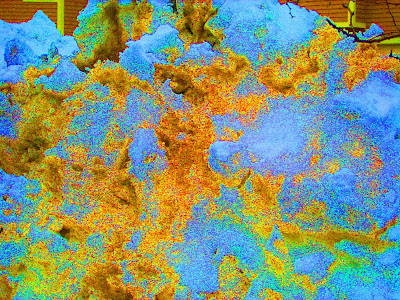 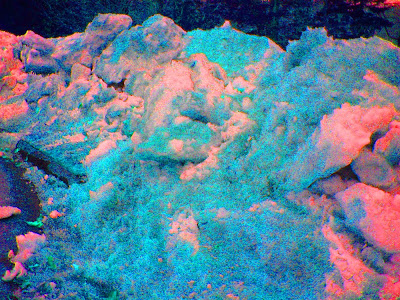 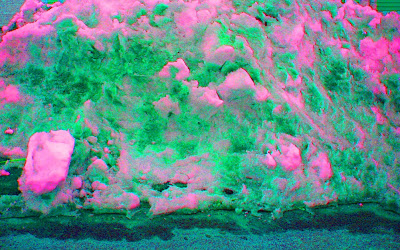 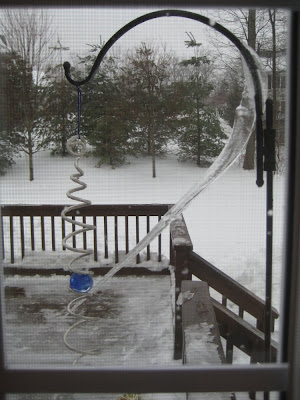 Posted by Norma Schlager at 4:58 PM No comments:

Upon learning that I was observing a BIG milestone birthday this year, several of my friends decided that we had to do something special and have dinner at a fancy restaurant. 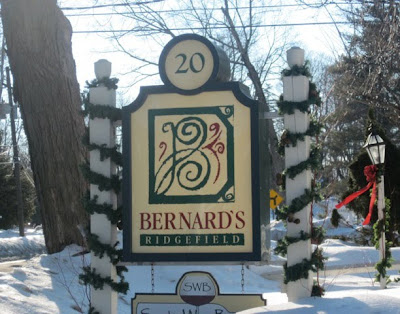 They decided on Bernard's a lovely restaurant in a neighboring town. For various reasons some couldn't make it on Friday, my actual birthday and we went instead yesterday, Sunday. We had a most delicious lunch and a delightful time. 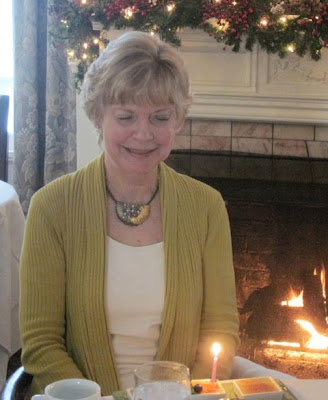 Here I am with the birthday candle on my creme brulee trio. 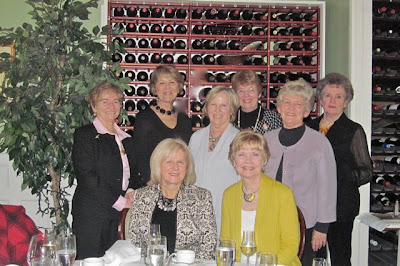 Here's the whole group in front the wine rack. We made sure that we left some for the next customers. 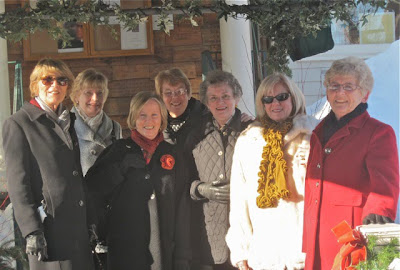 We're bundled up for the wintry weather ready to go home. I'm so lucky to have a wonderful circle of friends to get me over this big bump in the road of life. Thank you!
Posted by Norma Schlager at 2:42 PM 3 comments:

I live in a condo complex. I have a stand-alone house with all the advantages of a condo. All the outside work is handled and I never worry about winter. My driveway and sidewalk and front porch are hand shoveled right down to the blacktop or concrete. They do a great job of plowing the roads. 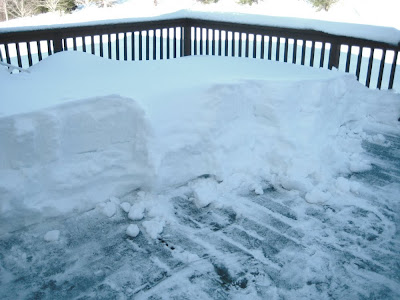 BUT, they do not shovel the back decks and why should they? It has never been an issue before. I have no need to go out there in the winter and when it snows it usually melts in a few days. Not this winter. We've had so much snow and it's been so cold that very little has melted. When it did melt it turned to ice. I had about 3 feet out there with a crust of ice on top. Since roofs have been collapsing throughout the state and since the governor went on TV telling people to clear off their flat roofs and decks, I got concerned. Even though my deck is only three steps up from the ground, it would be a mess if it collapsed. So today I hired a young man to shovel it off. He was out there about 5 hours, dripping sweat. He first had to break through the ice and then shovel the heavy snow beneath. This picture shows it almost finished. I measured 32 inches of hefty, wet snow. 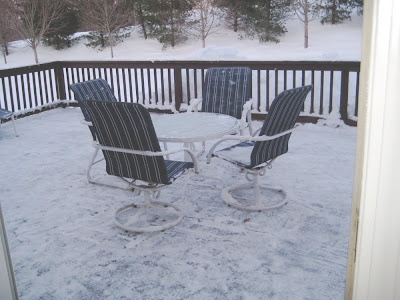 Here it is finished. This shows shows a small part of it, since it is a big deck. That is ice that's left. It looks so much prettier with all the snow, but now I don't have to worry.

His shovel broke about 3/4 of the way through and I went down to Home Depot to buy a new one and they were SOLD OUT. Same thing with Loew's. I got on the phone and found a hardware store in a neighboring town that had 5 left and I went right over. I've lived in this house use for 10 years and never needed a shovel before. Now I will keep my deck shoveled and not let it get to the stage it was today. There was no way that I could have done this myself. 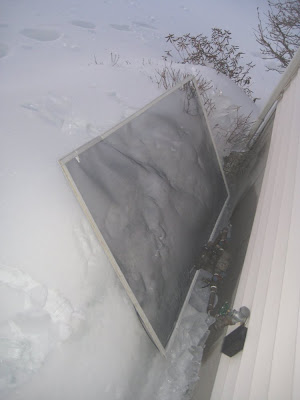 My other adventure of the day was to try to knock down some of the impressive icicles. The screen hooks on outside of the window and is hard to get off. I managed to get it off and then it slipped from my hands and dropped below. Stupidly I knocked the icicles off and they crashed below. Of course, right on the screen. This is what it looks like. I think it is toast. I didn't do any more windows. The icicles will just have to stay there.

Guess what it's going to do on Saturday and next Tuesday and Thursday. You know it's SNOW! Enough!
Posted by Norma Schlager at 5:31 PM 1 comment: 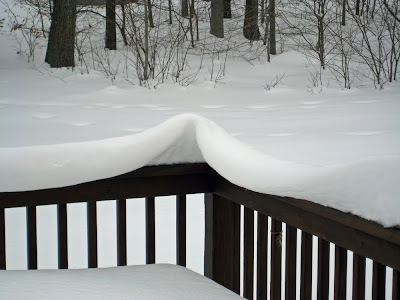