I live in such a beautiful part of the country here in southwest Connecticut. After a long, cold, wet spring, we are now being rewarded with a glorious Memorial Day weekend. I spent the better part of the day on a garden tour in Westport, CT, a very affluent town, home to many rich and famous, such as Paul Newman and Martha Stewart. Martha no longer lives there, but we did visit her former home. No, I don't live there either.

The houses were incredible, as were the gardens. I only took a few pictures of the sweeping gardens, but concentrated more on the unexpected or whimsical images that took my fancy.
Be sure and click on each picture for a larger view. 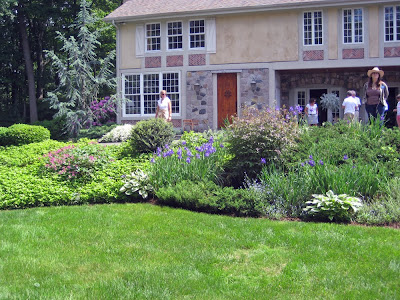 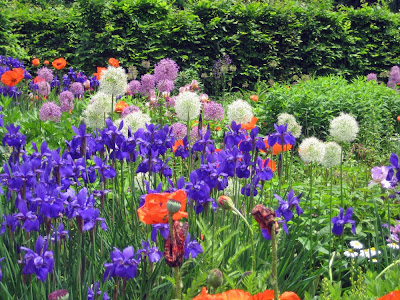 I loved this color combination in Martha's garden. The new owners kept her gardener and they have tried to maintain the perennial beds as they were when she was here. 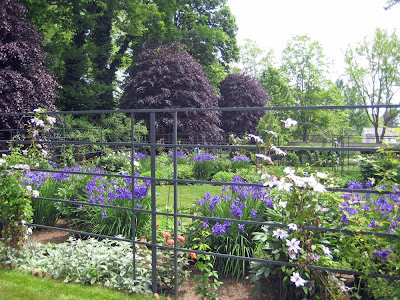 More of Martha's garden. It went on and on. 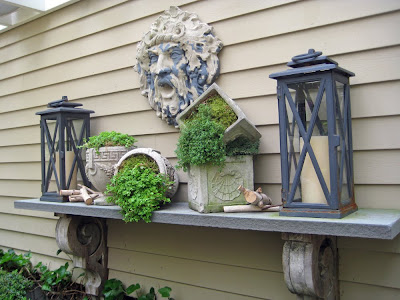 This shelf display and the garden shed below were from Mar Jenning's garden. 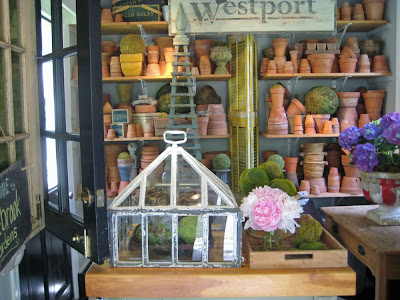 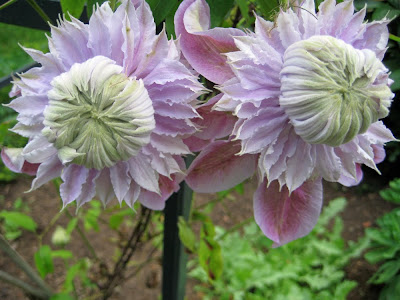 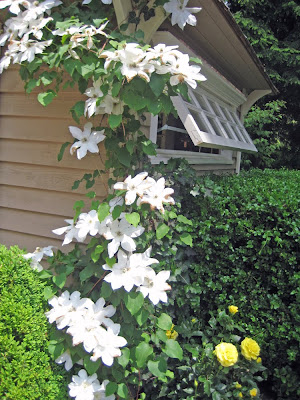 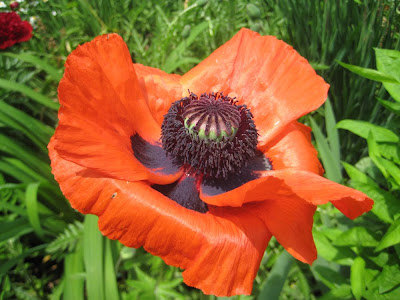 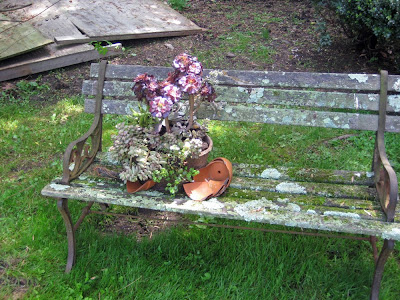 I loved this old park bench covered with moss and lichen with a lovely succulent arrangement. 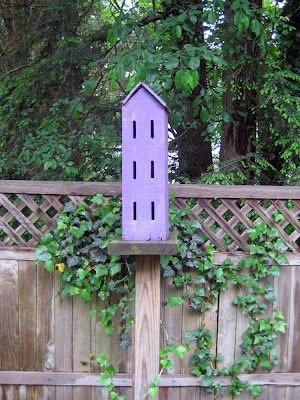 Do you have a lavender bat house in your garden? 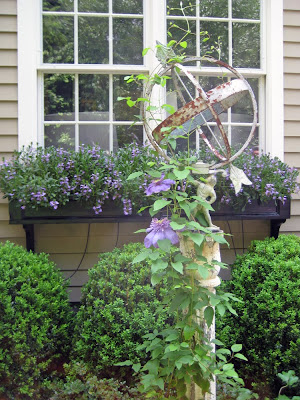 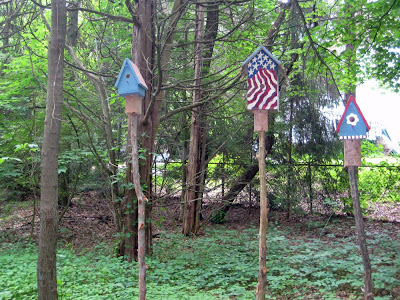 This house had a woodland path with these charming birdhouses. 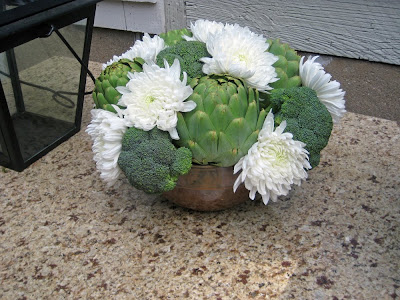 I'll have to try this sometime when I need a quick centerpiece. Artichokes, broccoli, and mums, how cool is that?
Posted by Norma Schlager at 7:22 PM 11 comments: 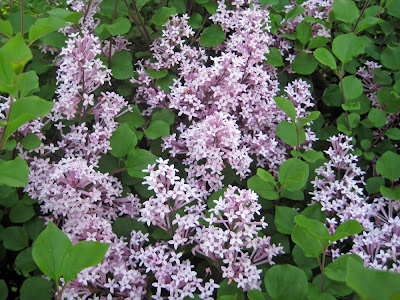 I just returned from a week long cruise to Canada. It was my second big ship cruise, the first one was many years ago with my husband for our 25th wedding anniversary. Widowed now, I took this trip with three gal pals and my sister. We had a nice time, but it wasn't my favorite trip. Unfortunately we had terrible weather, cold, rainy and windy. We were supposed to leave from Montreal, but once we got there, we found out that the river was too high from all the rain, so had to bus three hours to Quebec to board the ship. I don't think I like big ship cruising. This was Holland America, about 1,200 passengers. I know that's not big by some standards, but it was for me, being used to small (40 to 90 passengers) ship cruising. Yes, we had a lot of food (too much), but it seemed like there was too much down time with not enough things to do. Or perhaps I should say that there were not enough things to do that suited me. The shore excursions were pricey and not all that interesting, in my opinion. I'm sure that if the weather had been nicer, we might have had a different opinion.

I didn't take a lot of pictures because of the bad weather, but I did take a few when it wasn't raining. 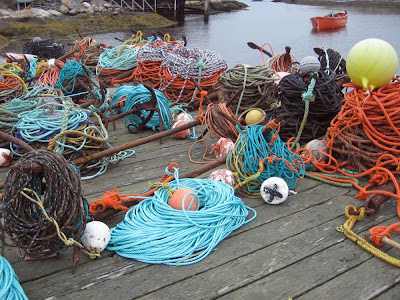 These lobster ropes and buoys were on a dock in Peggy's Cove, Nova Scotia. It was a lovely spot with beautiful scenery. 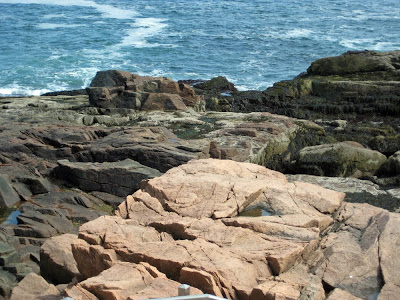 These next few shots are from Bar Harbor, Maine, the only day with some sunshine and fairly warm temps. 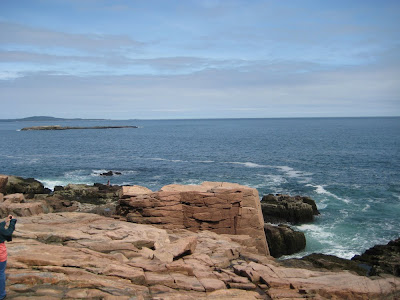 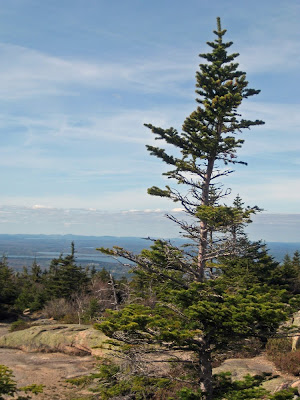 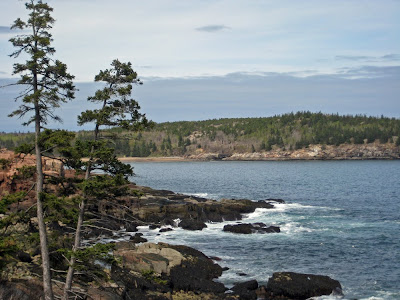 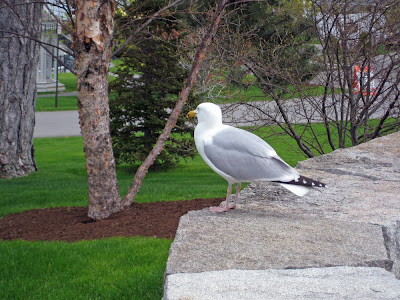 This sea gull in the park in the harbor at Bar Harbor was so cooperative about posing for pictures. I was able to get closer and closer and of course, I zoomed in . 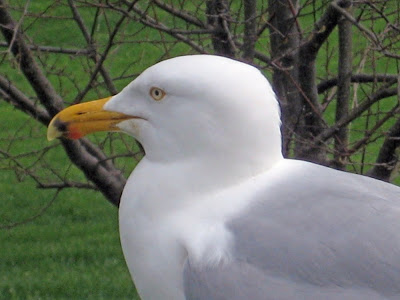 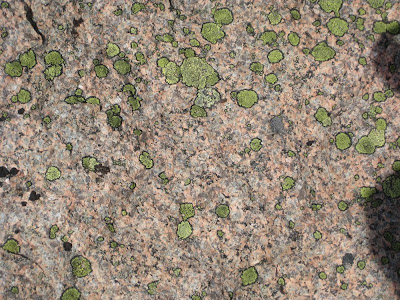 I just thought that this was an interesting shot of granite with lichen.

One last thing. It was absolutly gorgeous here in CT all the while we were away. Guess what it's doing now..........RAINING and it is predicted for the whole week. I know that it sounds trivial to complain after all the tragic weather disasters that have been going on all around the country. So I won't!
Posted by Norma Schlager at 4:22 PM 3 comments: 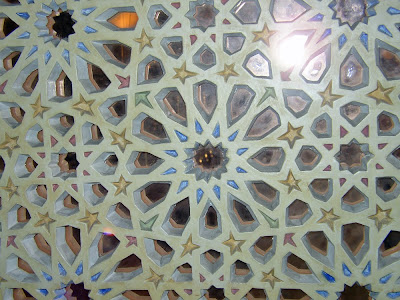 Posted by Norma Schlager at 9:37 AM No comments: