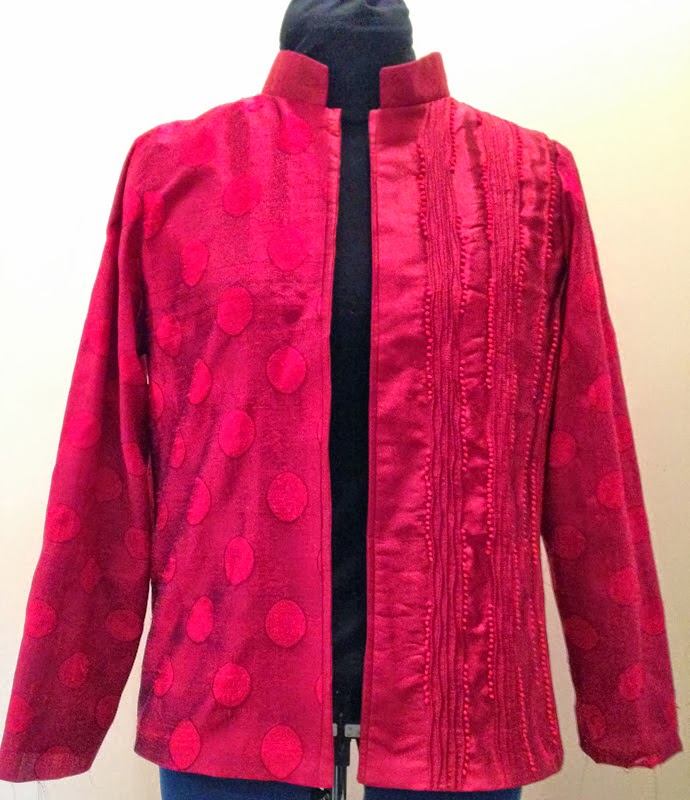 You've seen this jacket before.  I entered it into the local Woman's Club Arts and Crafts competition back in February.  It won a First Place in its category and so went onto the District competition where it won another First so it went on to the State Conference competition this past weekend.  I had completely forgotten about it so I was so surprised when I learned that it not only won another First, but Best Of Show! I guess they were impressed by all those French knots on the front and back and the lovely silk fabric.  Unfortunately it's not a good fit but the judges didn't know that.

This was not just a sewing competition, but all kinds of arts and crafts including painting, all kinds of sewing, knitting, crochet, photography and much, much more.

I Just realized that the SAQA auction quilts are due June 1, so I'd better get going on that.  I'll show you when I'm done.

Posted by Norma Schlager at 7:40 PM

Congratulations! It is a beautiful jacket.
I just started on my SAQA Auction piece also.

Super duper congratulations! I've loved this piece ever since you first showed it- the red on red really shows of the texture and I'm so happy it's getting recognition!