As I said in my last post, I am going to do daily art. I decided to make four inch squares with a circular design in each. So far so good. I was able to make one every day. Some take longer than others and as I go along I may have to allow more than one day to complete one, but I still will be making art every day. 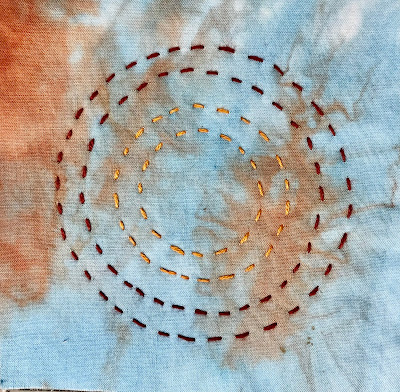 I started with a simple Running  Stitch 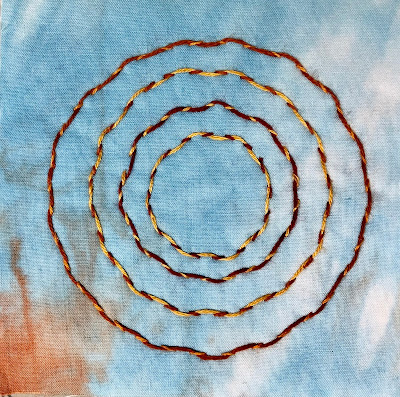 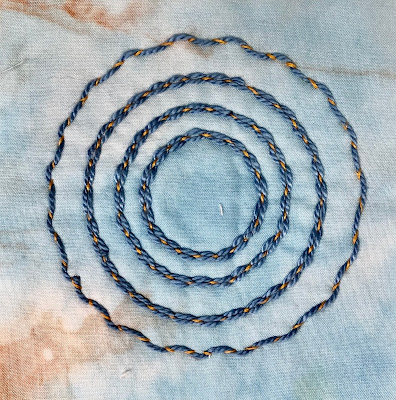 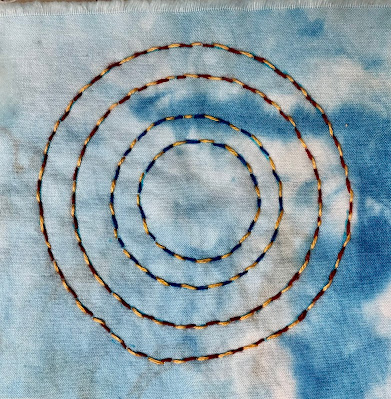 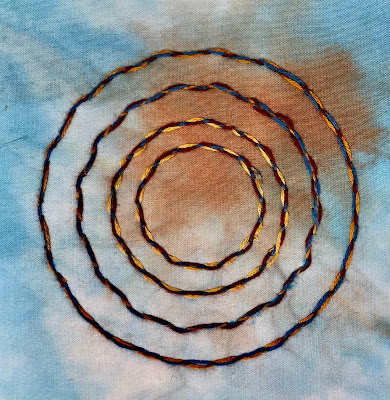 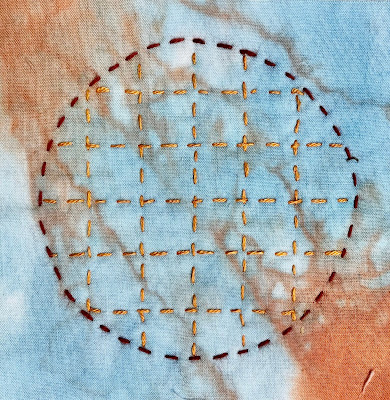 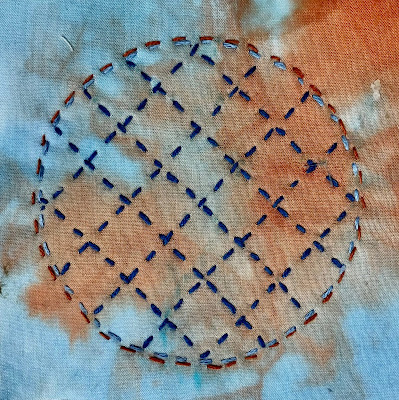 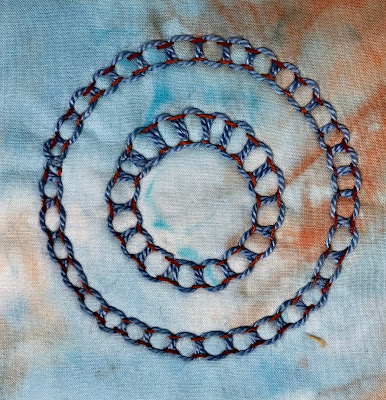 Parallel Running Stitch with double lacing
As I said last week, I knew I would not have enough of this blue fabric with rust marks. We had a good snow fall so I did some snow dyeing last Monday. The blues were perfect, but the rust color came out very pinkish. So I did another batch with the now melting snow. I used a different rust dye, but I still got a rose color. I think it's pretty so I am going to use it, too. Since the blues are the same, I think it will look alright. 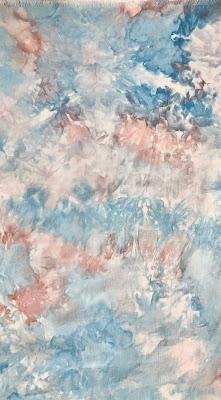 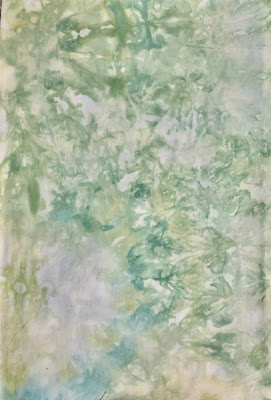 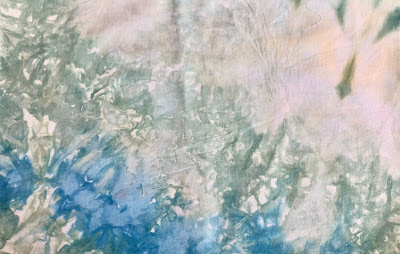 I like this green (much greener in person), too. Not the color I expected, but it plays nicely with the blues and it's a keeper.

I'm linking up with Off the Wall Friday.

Posted by Norma Schlager at 9:06 AM

Lovely stitches, your circles are beautiful. And the dye fabrics too!

Snow dying, that sounds interesting. And it gave beautiful fabrics. Is it easy to do? Lovely circles.

outstanding!
Love the color and will send your link to a friend who is learning embroidery

Very inspiring Norma…..thank you for taking the time to snap all these photos.